The approach which we took to implement tests was the heuristic and proactive approach. We included not only positive tests, but also negative tests.

The procedure model was the V-Model.

The Unit testing is found in the gradle task "test", which will be automaticaly launched when "build" task. This ensures properly functioning regression tests.

CAUTION: The "integrationTest" task is not in the build proces as the developer needs an active printersystem installed/acitvated on his device. It creates many printjobs, which sadly cannot be canceled due to limitations of the javax.print library (bug report is opened, see open issue). Also, the integrationtest task takes time as the plotting package works currently not efficient. Expect it to take minutes to finish.

The system and acceptance Tests were done during the final presentation and are therefore not implemented as own tests.

The heuristics that we choose are the following

Here an overview with the achieved percentage: 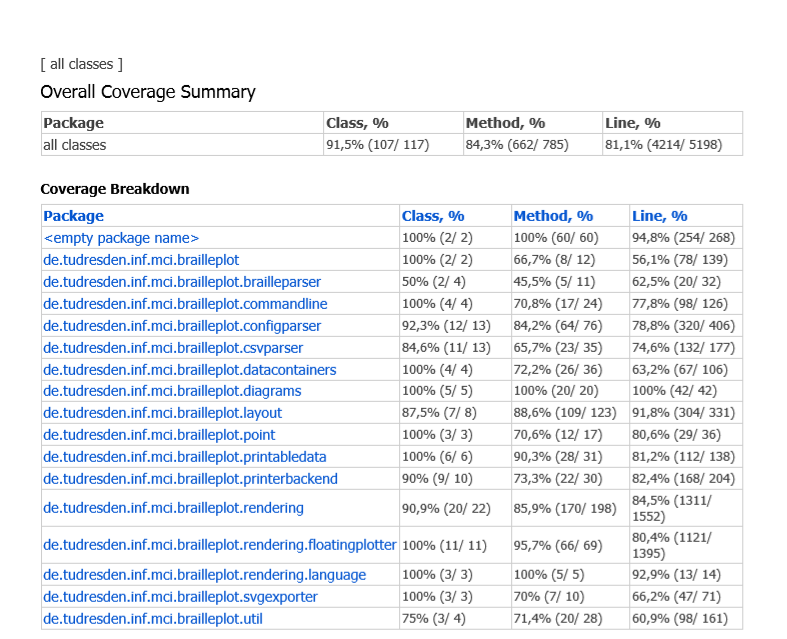